Update on Barrière’s entry in New York: Set for a summer 2022 opening, new details have emerged on the development of the 97-room Hôtel Barrière Fouquet’s New York, being developed in the Tribeca district by Caspi Development and operated by the French hotel group. 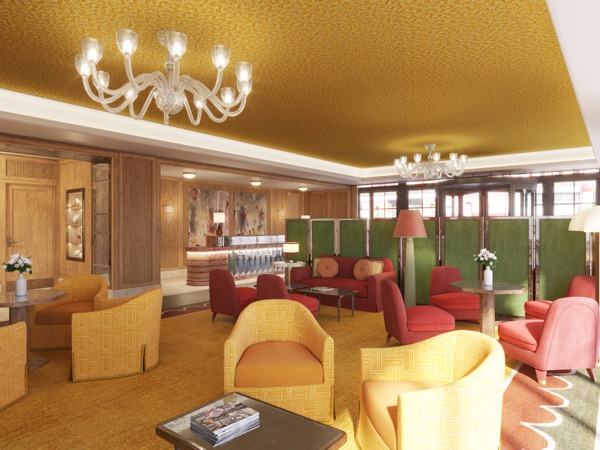 The design firm has been announced as Martin Brudnizki and amenities will include an outpost of the historic French brasserie Fouquet’s; Spa Diane Barrière with a spa pool; state of the art Cannes screening room; and a rooftop terrace. The GM will be Gilles Stellardo, most recently with The Mercer Hotel in New York City.

Among the hotels being added to the current Hay Creek portfolio of 21 hotels:

The Embers Hotel in Blowing Rock, North Carolina in which Hay Creek Hotels will be in collaboration with the developer, Catellus Group, on the design, concept and positioning of this 36- room full-service boutique hotel slated to open in May 2023;

The McEntire River Runner Hotel in Decatur, Alabama, is part of greater development theme for the town of Decatur aimed to revitalize the riverfront area. Hay Creek will collaborate with developers, Libby Patrick and Sherri Hofherr on concepting, positioning and design of the project, which will include 65 guest rooms and suites projected to open in late 2023;

The Harwin Hotel in Charleston, South Carolina, where Hay Creek is collaborating with the developers, King & Society Real Estate, on the concept, positioning and design of this 30-room hotel planned to open mid 2022;

Hay Creek, is now focused on adding new properties along the west coast, particularly in the Napa Valley and Sonoma regions of California. […]